And back to CRPG stuff… 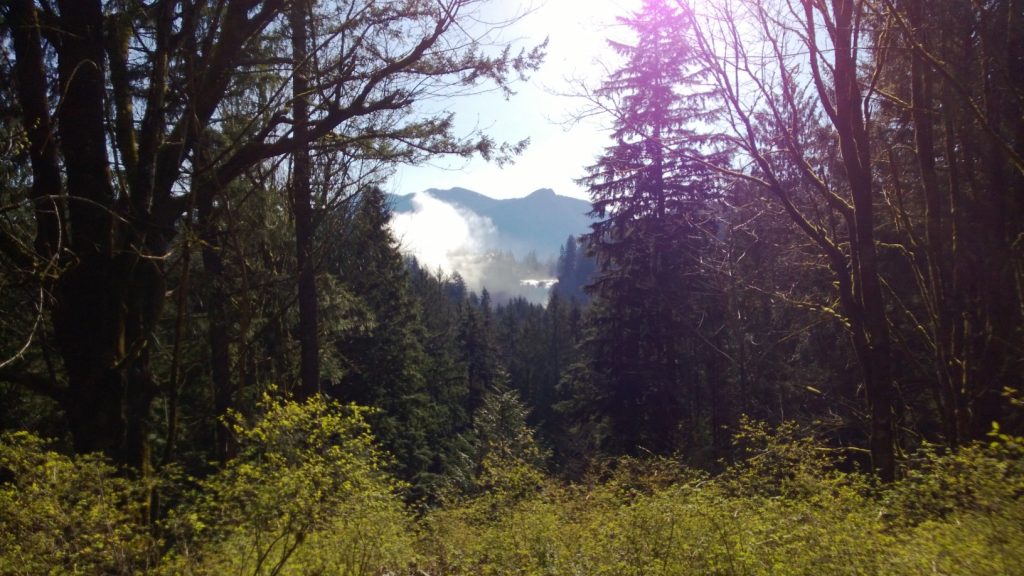 I was at a remote forested area which had a beautiful viewpoint from a forested hill of a waterfall across from it. I realized such an awesome view would be impossible to do in my current engine because the forests would automatically block your sight. That got me thinking about the concept of elevation in my CRPG.

If every tile on a given map had an elevation value, you could automatically consider anything lower than the current location’s elevation as view-able, and anything higher as not view-able. That way you could create canyons and depressions that limit visibility while hills or lookout points improve it! I’d only need to use about 3-bits (0-7) to get a good amount of range too. Tiles like forests would continue to block line of sight at the same elevation, unless you were above it.

Why don’t I compress the maps with something like RLE (Run Length Encoding)? Well, that’s mainly to save disk space. You still have to decompress into your local memory. And disk space isn’t an issue with this game; a primary difference from developing vintage games in the modern era is that you don’t have the concerns of manufacturing and packaging floppy disks. So you can use the biggest disks available without fear.

For now, I’m marking this idea as a P2 (Priority Two, nice to have but not strictly necessary) and shelving it. I really want to finish the combat system before I return to travel mode. And I should get the quest system and other elements done before I go around adding new things to other modes.

Combat engine work is still mostly idle; I’ve been trying to complete my spreadsheet of FX data before I go any further. This is so every spell has a combat effect that I can test and make adjustments to, as needed.

The way I handle FX in the game is essentially an engine that processes commands in 8-byte segments. There are commands to create sprites of a given pattern/color and animation style, move sprites from one point to another, create a circle, cone, or line effect, and so forth. But I have to have data to test.

One big element that will require a lot of testing is the timing. For several of my effects, I provide for a delay count so that the engine knows when to stop and move on to the next effect (if any). Sound effects are handled by the interrupts, which means they can’t really be used to time things. So I’ll need to try effects, make a judgement call on how well they look, and make adjustments as needed.

On the subject of sound effects, I’ve been doing a little redesign there too. I went back to the Tunnels of Doom sound effects to borrow a few (the monster ones are particularly good for negative effects) and I’m always impressed by them. The sounds are VERY small, only taking around 19-21 bytes of space each. Each seems to follow a pattern of three different tones, but also use the noise generator and different duration to achieve an effect. I’d like to go back and redo some of my positive sound effects (healing, curing, etc.) to match the same pattern, but that will take awhile and I have stock sounds I can use in the meantime.

Right now, my list of tasks is as follows:

Plus I have two bugs to fix:

This entry was posted in Coding, CRPG, Design, TI-99/4a. Bookmark the permalink.